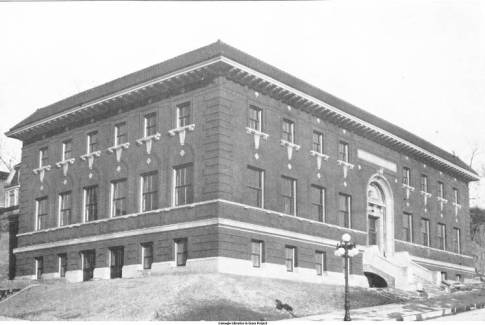 This visit to this Carnegie Library was a treat. I was on my way to the Sioux City Airport to fly out of state for a conference and had the time to explore the downtown region of Sioux City and find the old Carnegie Central Library.

Sioux City had two Carnegie locations, Leeds over on the Northside and the Main location of this Library down town. The building itself is still standing and acts as apartments today. Here are some shots I took of the building as it stands today.

I always find that the best part of my adventure and exploration is talking to locals about the building. I ran into a local tenant who currently resides in one of the apartments. When I asked her about the library, she smiled and shared that she had fond memories of it, and that it was her library when she was a girl. She was very proud to LIVE in the library now “literally”. The rest of the history behind the building is below

The Sioux City Free Public Library is a historic building located in Sioux City, Iowa, United States. The library was located in a section of the Municipal Building, no longer extant, between 1892 and 1913. It had outgrown the space when the Library Board contacted Andrew Carnegie in 1910 about providing the funding for a new library building. Their request was initially turned down. They chose to work with New York City architect Edward L. Tilton, an architect preferred by Carnegie, in place of local architect William L. Steele who was working with the board previously.[2] Local resident George Murphy donated the property for the new building. Meanwhile, Tilton designed the two-story brick Renaissance Revival building. On April 8, 1911, Carnegie approved the project and donated $75,000 for the building’s construction.[3] The new building was dedicated on March 6, 1913, and it is considered “an excellent early twentieth century example of the architectural development of library planning and design.”[2] It was Tilton’s only building in Iowa.

Plans were made to enlarge the building in 1938, but the bond issue failed. The library remained in its cramped quarters until 1989 when it moved into a former bank building downtown. Ownership of the Carnegie building was transferred to a group of investors in 1996 who transformed it into apartments. It was listed on the National Register of Historic Places the following year.[1] 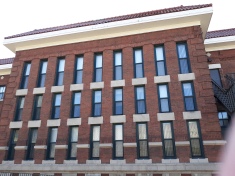 It’s a fascinating building located at the corner of 6th and Jackson Street, next door to Mercy Hospital. It’s worth a walk down town Sioux City! 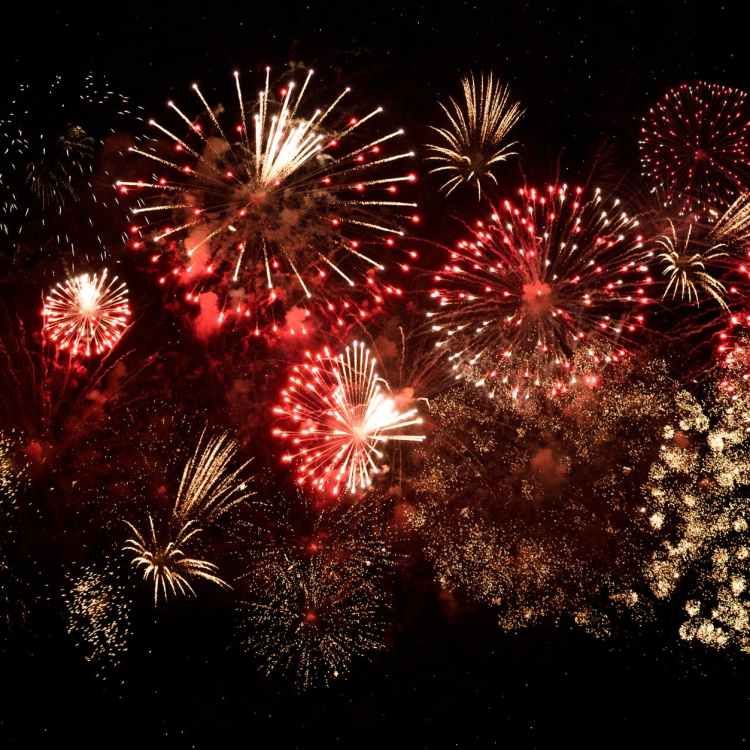 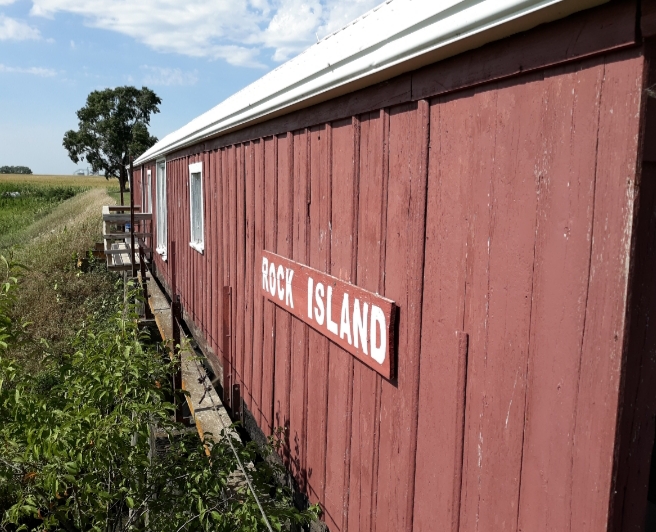